This city is being completely overwhelmed by crime! There’s gangsters everywhere, and the locals no longer feel safe, even in their own neighborhoods! Now it’s up to one cop to put an end to this huge crime wave.
4.1/5 Votes: 9,300
Report
Developer
Fun Shooting Games For FreeVersion
1.0.4
Updated
August 6, 2020Requirements
4.1 and up
Size
38MGet it on

This city is being completely overwhelmed by crime! There’s gangsters everywhere, and the locals no longer feel safe, even in their own neighborhoods! Now it’s up to one cop to put an end to this huge crime wave.

Go on a mission as a hero in the 3D open world. Make your mark as in the city. You’ll be going up against a small army of relentless gangsters and each one won’t hesitate to mow you down with their guns. Fortunately, you can drive any of the vehicles that you encounter. Jump into a taxi cab or a tank.There’s also lots of cash and tons of cool weapons that you can collect while you show all these vicious criminals who’s boss. Keep an eye out for mystery boxes while you fight to complete your mission. They contain everything from bundles of dollar bills to pistols and powerful shotguns. If you get hit by a few bullets and your health is running low, grab some painkillers. They’ll heal you up and get you right back into the action. You can use all that cash to buy cool weapons and tools. Upgrade your firepower with a machine gun or a bazooka. Attack your enemies from the sky with a jetpack, or invest in a lucky rabbit’s foot. After all, you’re going to need all the luck you can get in this exciting 3D shooting game.

Join The Gangster City in many action packed missions in his never-ending quest to defeat his arch-nemesis The BigBoss.

FEATURES
*Cool and long lasting more than 30 missions.
*You can steal any vehicle you wish – auto, cars, tanks, helicopter, jet pack.
* Multiple weapons
* Explosives
* Achievements
* A shop with awesome features like GodMode, Golden Gun and a Jetpack!!
* Lots and lots of explosions!

Take your revenge on the mafia guys in your city. You will straighten them out with shotgun! 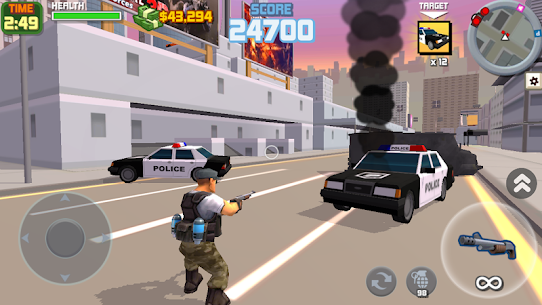 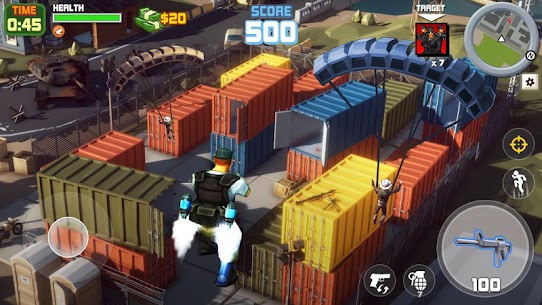 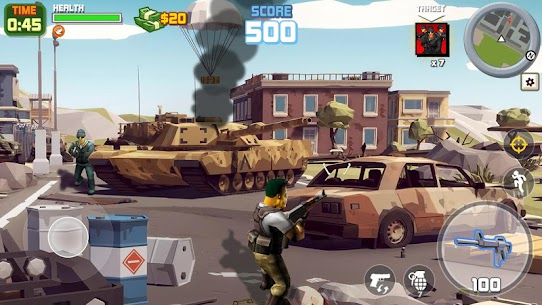 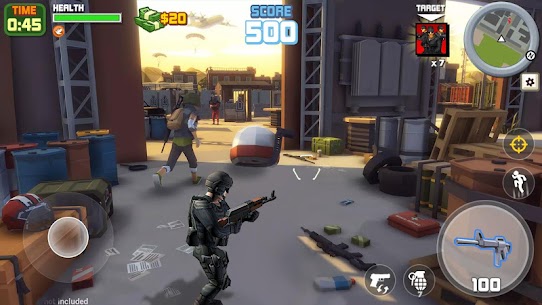 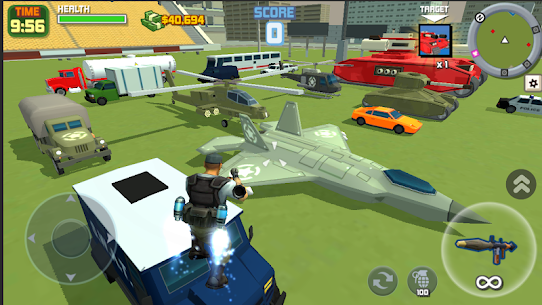